28 yr old  right hand dominant man sustained an electrical shock 9 months previously in a village. He developed restriction of movement in the right shoulder immediately after the incident and underwent the usual indigenous treatment involving massage and oil application. He came to the clinic with pain and loss of  movements in the right shoulder. He used to work as a mason but had not been able to work since the injury.

On examination he had  an internal rotation deformity in the right shoulder. He had some degree of scapulothoracic movements. His elbow movements were free as was his wrist and hand function. He had no axillary nerve injury.

Xrays confirmed an unreduced posterior dislocation on the right side. 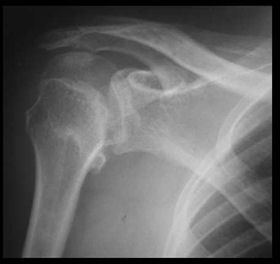 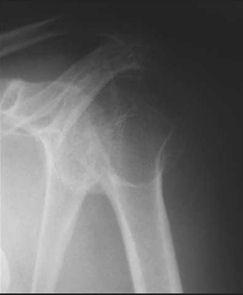 CT scan with 3D reconstructions showed that there was a defect in the head (reverse Hill-Sach lesion) and that the glenoid was locked into the defect. The articular surface was completely rotated and faced posteriorly. 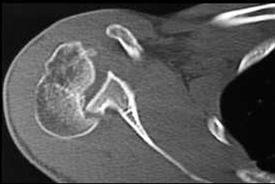 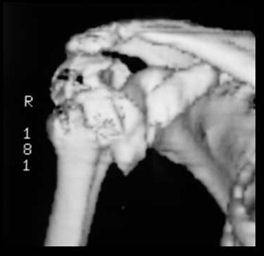 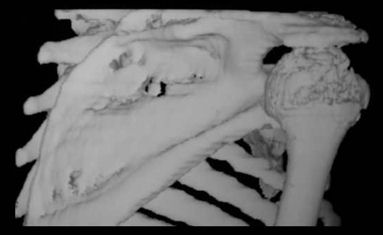 He underwent an open reduction through a deltopectoral approach (plus a mini open posterior approach ) The defect in the anterior part of the head was vertically oriented and just lateral to the articular surface.( 7cm x 3 cm x 2 cm) The head readily dislocated on minimal internal rotation. A tricortical bone graft was obtained from the ipsilateral iliac crest to exactly fill the defect and was fixed using two 4mm cancellous screws. The head continued to be unstable and so a derotation osteotomy was done in order to prevent the head from reaching the position of instability. The osteotomy was fixed using  a 4.5 DCP. A thick K wire was used to transfix the head to the glenoid temporarily ( will be removed in 2-3 weeks).

Subscapularis was repaired. The shoulder was immobilized in an immobiliser with elbow in flexion. 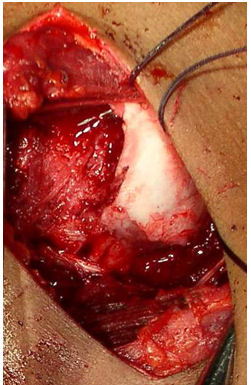 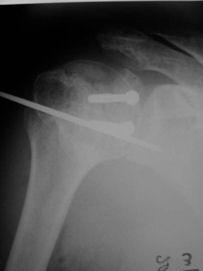 Dr Rajesh can be contacted on [email protected]