Arthrography is at present the most common special radiological investigation of the shoul­der performed, and its practice is still on the increase, although there are suggestions that it may be supplanted by less invasive methods.[6] There are a number of different ways of per­forming a shoulder arthrogram. The single contrast technique, using iodinated contrast media alone, was first described in the 1930s,[7] but the double contrast technique (using less contrast, but with the addition of air) with erect filming provides better visualization of the soft tissue anatomy, and is now more widely per­formed.

Many different techniques for puncturing the joint are described, but the author uses an
anterior approach,[8] which gives cons stent results. After a standard series of control films, which include internal and external rotat on AP films, and an axial film, the patient is placed supine on the X-ray screening table, w'th the arm elevated slightly, and in a neutral position. A point 2 cm lateral and below the coracoid is marked. The skin is cleaned and infiltrated with local anaesthetic, and a 21-gauge, short bevel­led needle is advanced under screening con­trol, with a slight medial inclination into the joint. A useful way of telling if the needle is in the joint is to fill the hub of the needle with local anaesthetic. When the capsule is punctured, the level of fluid will fall.

Five ml of positive contrast medium is then injected, followed by 15-20 ml of room air. If the needle is in the correct place, contrast wiII flow into the axillary recess and subscapularis bursa. Gentle manipulation of the arm, and particularly adduction, may force contrast through a defect in the rotator cuff into the subacromial bursa, which does not normally fill. After contrast has been injected, a further series of films is taken, including erect films. 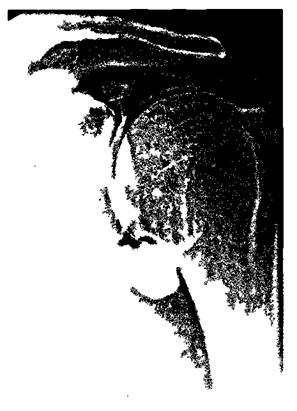 Figure 3.5 Normal shoulder arthrogram. Note that long head of biceps can be seen, as can the intra-articular triangle, into which the arthroscope is inserted.

Figure 3.5 from a normal arthrogram series shows the contrast confined to the joint cap­sule, outlining the intra-articular portion of the tendon of the long head of biceps, and the tendon sheath. Contrast here outlines the deep surface of the rotator cuff, and there is no sign of contrast in the region of the subacromial bursa. Although non-filling of the tendon sheath was at one time regarded as abnormal, it is now known that this can be seen in up to 10 per cent of normal shoulders. Leakage of contrast from the biceps tendon sheath can also be seen occasionally, and this is also regarded as normal. In the presence of a full thickness cuff tear, the joint capsule is continuous with the subacromial or subdeltoid bursa, and contrast will enter this space.

Figure 3.6 Arthrogram in internal rotation showing rotator cuff tear, with leak of contrast material into the subacromial bursa. Contrast has also leaked down the biceps tunnel (which is normal) and then escaped.

Figure 3.7 Normal CT arthrogram of the shoulder showing anterior and posterior aspects of the labrum.

On the internal rotation view (Figure 3.6) the superior surface of the cuff is demonstrated but is deficient at one point, which is the site of the defect. On internal rotation, the infraspinatus muscle is brought to lie laterally and under the acromion on the AP view, and if this does not appear intact, then the tear must be large in size. Sometimes, little contrast will enter the subacromial bursa, but the site and size of the tear will be well shown. Occasionally, with a small tear, positive contrast will not enter the subacromial bursa, but air will. This can easily be confused with the fat outlining the sub­deltoid bursa, which is most easily seen on the internal rotation view. If there is any doubt, delayed films and/or CT should be performed.

Axial views with the double contrast method can demonstrate the glenoid labrum well, particularly the anterior portion, and this has been combined with conventional and com­puted tomography in the investigation of shoul­der instability. Conventional arthrography has also been used in other clinical disorders, notably 'adhesive capsulitis', where a small-volume joint, with obliteration of normal synovial recesses, and lymphatic intravasation have been reported. This is one situation where the single contrast technique is probably superior. Treatment of the disorder by repeated capsular distension during arthrography has been described.[9]

The major disadvantages of arthrography for rotator cuff lesions are that partial thickness tears will only be shown if they involve the deep surface of the cuff, and these only occasionally. Partial tears involving the superficial surface or body of the cuff cannot be demonstrated. In addition, filling of the subacromial bursa is not unusual following a successful rotator cuff repair, so that the technique is not as helpful in the assessment of postoperative problems. However, it is quick and simple to perform, requires little or no specialized equipment, and has a very low complication rate.