First generation surgery is simple surgery that can be performed with the most basic equip­ment: an arthroscope, hook probe, basket forceps, and graspers.

Diagnostic arthroscopy is by far the most important of the procedures in this group and has been covered in Chapters 4, 5 and6.

The indications for targeted biopsy are similar to those in the knee. The synovium of the shoulder may be affected by infection, either acute or chronic, specific and non-specific inflammation, crystal arthropathy, pigmented villonodular synovitis, and synovial chondroma­tosis. Specific to the synovium of the shoulder are superior synovial syndrome, a shoulder syndrome first described by Bayley (personal communication, 1989). In this condition there is a synovitis of the superior synovium alone, and biopsy has shown no increase in inflammatory cells. Frozen shoulder is a symptom complex rather than a syndrome1 and the arthroscopic appearance can be extremely varied.[2] An example of this variance is shown in Figure 7.1. Both of these patients have the symptoms of frozen shoulder and yet the macroscopic pathology is totally different, with joint appearance normal in one and totally disorganized in the other. 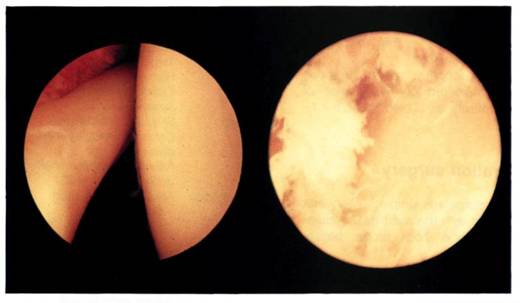 Figure 7.1 Both these patients have 'frozen shoulder'. However, macroscopically the shoulder arthroscopy shows a completely different pathology in each joint.

Ogilvie Harris[3] reported his results on the arthroscopic management of frozen shoulder in 81 patients. All had spontaneous onset of shoulder pain and stiffness with no recogniz­able alternative pathology. However, at arthro­scopy, [14] of the group were noted to have early osteoarthritis, 17 a partial thickness rotator cuff tear, and 11 were diabetic. All had a reduced joint capacity of around 20 ml. There was a mild synovitis in all cases, no obliteration of the infraglenoid recess and no adhesions, as had also been noted independently by Ha'eri[4] and Johnson[5]. The main pathology was contracture of the anterior capsular structures. In the first part of the series, arthroscopic joint distension was performed until the capsule ruptured. A manipulation was then performed and in some cases the joint was then rearthroscoped and the anterior capsule was found to be torn, revealing the subscapularis tendon. Of those patients with idiopathic frozen shoulder, 89 per cent had a successful result following this. However, success was measured in crude terms, and whether such a result would have occurred with manipulation alone is not known. Biopsy can be performed either through the anterior portal, or through an accessory post­erior portal. The anterior portal is best if the main area of synovial disease is in the superior part of the joint. If the disease is either in the infraglenoid recess or the posterior gutter, then an accessory posterior portal 2 cm below the posterior portal where the arthroscope lies, can be used. When using this portal, the position of the axillary nerve should be remembered.

Loose bodies are found in about 14 per cent of patients with recurrent dislocation;[5] may occur without dislocation in top class gymnasts,[6] or be associated with synovial chondromatosis.

As in the knee, removal of loose bodies may be challenging. They tend to gravitate to the lowermost recesses of the shoulder joint: the infraglenoid recess (Figure 7.2) and the sub­scapulars recess (Figure 7.3). Often these loose bodies are purely cartilaginous, having arisen from the impression fracture of the Hill-Sachs lesion. They will not therefore appear on the preoperative radiographs, but will appear later as an unexpected treat for the arthroscopist.

Figure 7.2 Loose bodies may be found in the infraglenoid recess.

Figure 7.3 Another hiding place of loose bodies is the subscapular recess.

If the loose body is found in the infraglenoid recess, then it is best removed through an accessory posterior portal. A needle is first inserted through the portal and brought on to the loose body to assess the ability to remove the latter from that site (Figure 7.4). Having adjusted the needle placement to the best direction, the skin is incised at this point. A sharp trochar and cannula is then inserted into the joint to make a passage through the posterior capsule. The trochar and cannula are withdrawn and the grasping forceps inserted in the same direction until they lie next to the loose body (Figure 7.5). If, during any of these stages, bleeding starts to obscure the view, an irrigation needle should be inserted from the anterior portal (Figure 7.6). The flow tends to disturb loose bodies less in the shoulder than the knee. The loose body is then grasped and withdrawn.

Figure 7.4 A needle is brought on to the loose body to assess the line for the grasping forceps.

Figure 7.5 The grasping forceps is then brought on to the loose body which is removed. 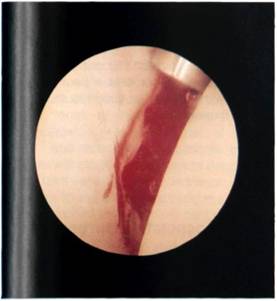 Figure 7.6 Bleeding can be cleared with a Verres needle.

If the loose body is in the subscapularis recess, it may be difficult to see with a 30 degree arthroscope from the posterior portal. It is best then to change to a 70 degree arthro­scope which can be advanced over the anterior edge of the glenoid to see down into the subscapularis recess. A needle is then inserted through the anterior portal to lie alongside the loose body, the track dilated with sharp trochar and cannula, the grasping forceps inserted down the track and the body grasped and removed.

Loose body removal is usually successful. Ogilvie Harris[3] described 11 cases, 3 associ­ated with instability and 3 with osteoarthritis. In 10 cases, arthroscopic removal was success­ful, the one unsuccessful case being a large loose body in a recurrently dislocating shoul­der, which was later successfully removed at open surgery.

Tears of the glenoid labrum can be divided into two types, and the distinction is critical. The first is a tear of the superior anterior labrum, which is probably caused by avulsion of the superior labrum and biceps insertion during the deceler­ation phase of throwing, and is not associated with instability. The second is avulsion of the anteroinferior labrum caused by the subluxing or dislocating shoulder tearing away the portion of the labrum that forms the origin of the inferior glenohumeral ligament from the glenoid. The latter is the Bankart lesion and should never be excised (Figure 7.7). 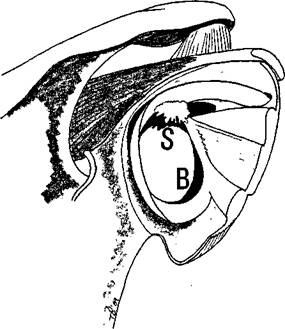 Figure 7.7 The superior labral tear must be differentiated from a Bankart lesion. Resection of a Bankart lesion will make the instability, and thus the patient's symptoms, worse.

Andrews et al[7] encountered 269 labral tears in 396 shoulders. About half were throwing athletes whose main complaints were pain (95 per cent) and popping (47 per cent) of the shoulder whilst throwing. Andrews has shown that, in these anterosuperior tears, the long head of biceps tears the glenoid labrum by traction upon it. This was confirmed when biceps was electrically stimulated during arthroscopy and was seen to pull the labrum and extend the tear.

The superior labrum may become quite degenerate and long tags may hang down between the humeral head and the glenoid. If a tear of this part of the labrum is seen and the surgeon is absolutely sure that the shoulder joint is stable and that the tear does not extend below the superior one-third of the anterior labrum, then the torn portion may be excised. The anterior portal is dilated up and the base of the tag can be cut through using the basket forceps, which can also be used to remove the tag from the joint. If the tear is extensively frayed, a full radius soft tissue resector may be used to excise the tear.

In Andrews' series,[7] 73 per cent of patients had an excellent result, 19 per cent a good result, and only 8 per cent a poor result. All athletes with excellent or good results returned to their throwing sport.