A superior portal has been described (Neviaser portal9) (Figure 1.19) which is useful for irrigat­ing the shoulder joint. A needle is placed through the trapezius muscle, medial to the acromion, in the triangle bordered anteriorly by the clavicle and posteriorly by the spine of the scapula. 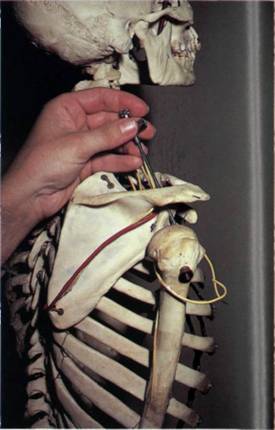 In the dissection, viewed from behind, trape­zius has been dissected free from its insertion into the spine of the scapula and the acromion (Figure 1.20). The acromion has then been osteotomized from the spine of the scapula and tilted forward to expose the subacromial space. This portal has been criticized by some who say that the instruments damage the tendon of supraspinatus. Figure 1.21 shows this not to be
the case - the instrument passes through the muscle fibres of supraspinatus, not the tendon, and this should not cause irreparable damage. The suprascapular artery and nerve are under the muscle at this point, about 2.5 cm medial to the portal. 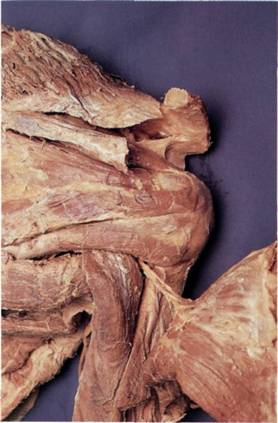 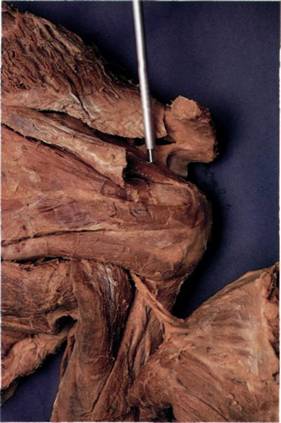 Figure 1.20 Trapezius has been dissected free and the acromion osteotomized to show the subacromial space.

Figure 1.21 The arthroscope passes through the muscle fibres of supraspinatus.