The humeral head articulates with the glenoid to form the glenohumeral joint. It has a surface area four times larger than that of the glenoid [2] and was shown to be “…spherical in the centre…” and ellipitical at the periphery. [3]

When viewed through an arthroscope, the articular cartilage lining the majority of its surface has a variable appearance, depending upon age and pathological state [Figures 1A & 1B, Table 1]. [4-5] 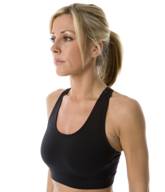 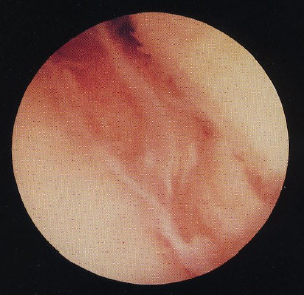 Figure 1B – Damage to the humeral articular surface – less white, no shine and with signs of erosion.

The presence of a bare area of bone on the postero-lateral surface of the humeral head was first described by DePalma [8] [Figure 2A]. [1] This variable sized normal occurrence is located “…between the articular cartilage of the humeral head and the synovial reflection from the posterior wall of the joint” [Table 2]. [1,6,9] Snyder [6] commented on the margins of the bare area, describing them as smooth as they merge with the articular cartilage medially. DePalma [8] noted this bare area to be an age related finding, starting in the third decade of life and increasing in size with age. “Fenestrations” commonly occur within the bare area [10]

The anatomical study carried out by DePalma [8] was conducted on “…96 shoulders from 50 subjects…” As with all studies, a larger number of shoulders could have been reviewed, but the strengths to this study were that all patients were said to have no shoulder symptoms and a wide age range of patients were studied, varying between 18 and 74 years of age. [8] This allowed the bare area to be recognised as an age related phenomenon and a correlation between its size and age to be determined.

The bare area should not be confused with a Hill-Sach’s lesion, which is a compression fracture occurring in recurrent anterior glenohumeral dislocations [Figure 2B]. [1,11] The Hill-Sach’s lesion is situated on the postero-superior surface and does not contain fenestrations. [10] 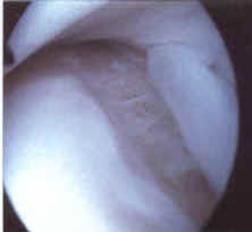 Another bare area, not too dissimilar to the one on the posterior-lateral surface, can sometimes be seen on the anterior surface of the humeral head. [6] It is located “…superior to the attachment of the subscapularis tendon” and “…should not be confused with an anterior humeral defect found in conjunction with posterior instability”. [6]

The humeral head bare area was present in 53.8% of cases in our study. Our results reaffirm those of DePalma [27], who stated that the bare area increased in size with age. However we cannot comment upon whether the bare area starts in the third decade of life, [27] as arthroscopies are not generally performed on patients below 20 years of age.