through an arthroscope, the variable sized glenoid can normally be seen throughout its entirety, where it “…is described as a kidney bean or an inverted comma”. [1,4,13] the glenoid is a pear shaped structure, the inferior half being wider than the superior half. [3]

the anterior margin of the glenoid bears a notch that varies in appearance from being very prominent to absent [figure 3]. [6,14] at the glenoid notch, normal synovial outgrowths often occur, and may resemble “…fraying of the synovium and a small synovial fringe…” [6,10] 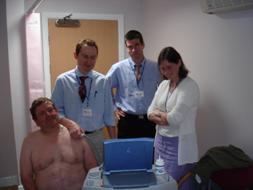 figure 3 – arthroscopic image of the glenoid notch (arrow). this normal anatomical feature is an indentation along the anterior margin of the glenoid. [6] it has a variable appearance, ranging from very prominent to being absent. [14]

in an anatomical study, prescher & klümpen [14] reported the glenoid notch to be present in 55% of scapulae, with such glenoids adopting a pear-shaped or an inverted comma-shaped configuration. the remaining 45% of the scapulae without a glenoid notch were round or oval in shape. [14] no gender difference was noted regarding the incidence of the notch. [14]

in our study, the glenoid notch was found to be present in 46.2%, absent in 52.3% and not visualised in 1.5% of cases. no other arthroscopic study has noted the prevalence of the glenoid notch. the results obtained show a slightly lower prevalence of the notch than those previously reported in an anatomical study, [13] who reported it to be present in 55% and absent in 45% of scapulae. the differences obtained may be attributed to the often poorly visualised anterior margin of the glenoid at arthroscopy.

a shallow notch was more frequently observed than a prominent one. no other study has commented on the prevalence of the shape of the glenoid notch.