In traumatic dislocation, the labrum avulses from the glenoid rim (see pages 143-158), known as the Bankart lesion. This may give a variety of appearances. The normal labrum looks very similar to the meniscus of the knee (Figure 6.13). The usual pattern of the Bankart lesion is separation of the labrum from the rim (Figure 6.14), with a space visible both above and below the labrum. Another appearance is where the avulsed labrum prolapses over the front of the glenoid (Figure 6.15). Finally, if there has been a high number of episodes of disloca­tion then the labrum and the associated glenohumeral ligaments will be torn, shredded and eventually disappear (Figure 6.16). The anterior rim of the glenoid will become crevassed by repeated episodes of dislocation (Figures 6.17 and 6.18). 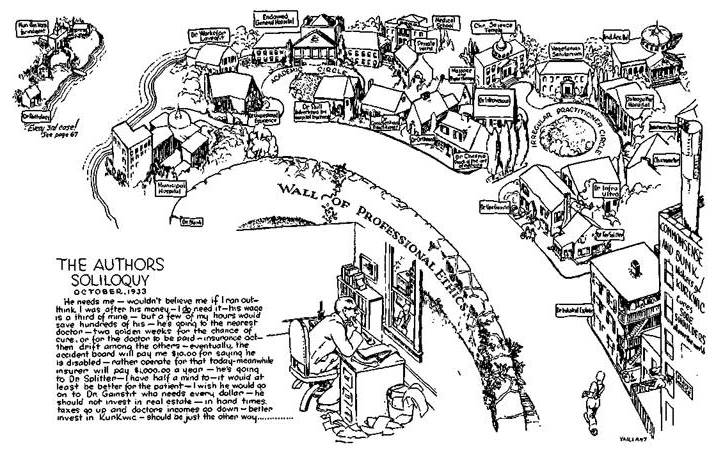 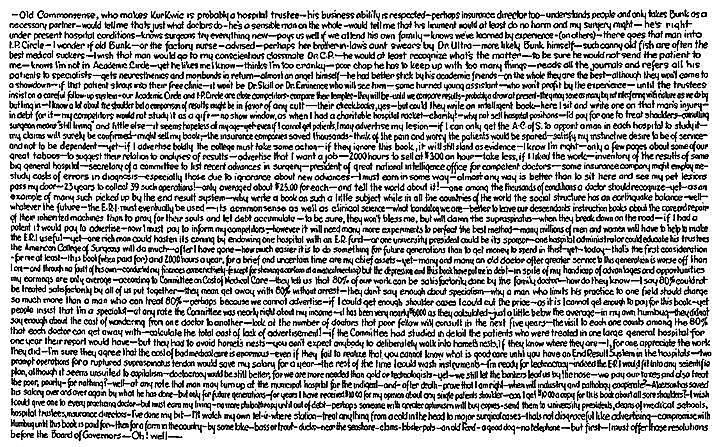 Figure 6.13 The normal labrum looks similar in appearance to the normal knee meniscus.

Figure 6.14 The usual Bankart appearance of separation between the glenoid and the labrum. 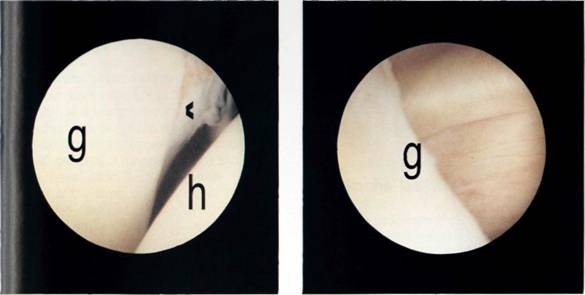 Figure 6.15 The labrum may prolapse in front of the glenoid rim in the 'over-the-top' type of Bankart lesion.

Figure 6.16 After several episodes of dislocation, the labrum becomes disrupted. Along with the middle glenohumeral ligament, it may eventually disappear altogether, g = glenoid, s = subscapularis tendon. 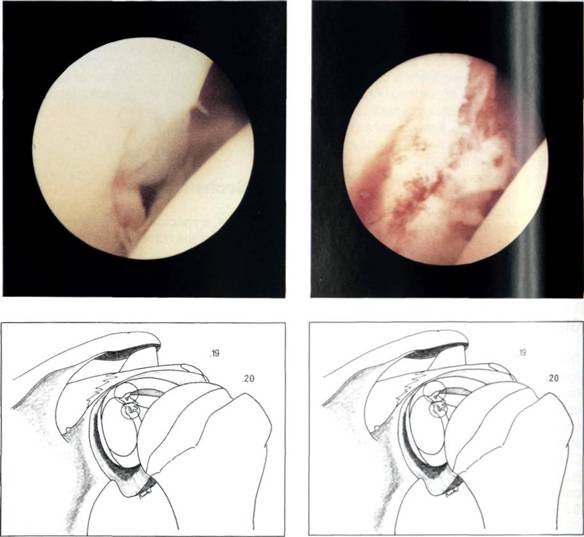 Figures 6.17 and 6.18 The front edge of the glenoid may become crevassed.