It is rare to arthroscope a patient with a glenoid fracture. The case with a displaced glenoid fracture shown in Figures 6.39 and 6.40 was arthroscoped prior to open reduction and internal fixation to assess whether the maximum incongruity was at the front or back, in order to plan the approach as the three-dimensional computer tomography (3D CT) reconstruction program had temporarily gone down. Bleeding from fractures is more difficult to control in the shoulder than the knee, making the photogra­phy of poor quality (Figure 6.41), but the major incongruity could be seen anteriorly, and an anterior approach was used for reconstruction.

Figures 6.39 and 6.40 Three-dimensional subtraction CT scan of a fracture of the glenoid. 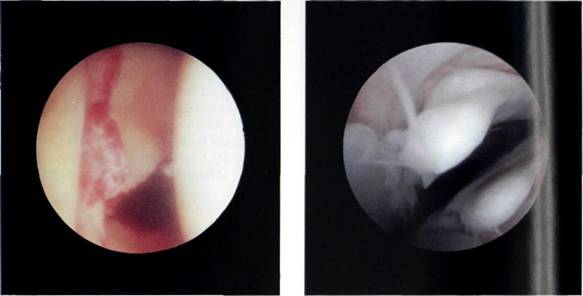 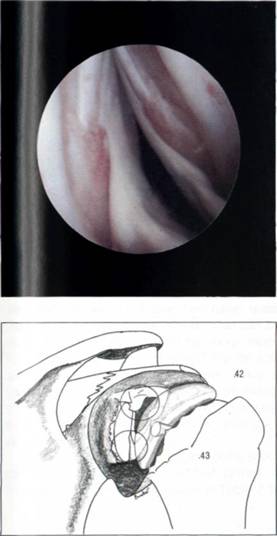 Figure 6.41 The fracture could be visualized arthroscopically, although the field was distorted due to bleeding.

Again it is extremely rare to arthroscope a patient following a shoulder replacement. One patient had residual pain following his second shoulder replacement, the eighth operation on this shoulder. He had a small radiolucent line around the glenoid component, but shoulder arthroscopy (Figures 6.42 and 6.43) with prob­ing confirmed that the glenoid component was not loose from the scapula.